This past July, the adrenaline junkie raced down the rickety, wooden Mammoth roller coaster at 56mph, in his specially made inline skates. Auer made it through the entire length of the roller coaster (2820 feet) in just over a minute.

"Spending two months planning the outrageous stunt, Mr Auer also designed and made the monster skates, which took him a total of 110 hours' work.

Mr Auer, from Gross-Gerau near Frankfurt, is considered to be the most extreme in-line skater in the world.

He already holds the world record for reaching speeds of 190mph as he was dragged along behind a Porsche GT2."

More or less insane than Base Jumping? Brush up on your inline skating skills here. 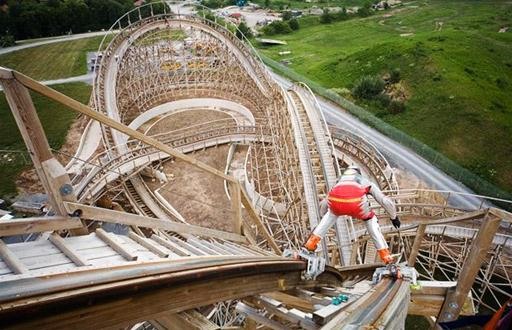 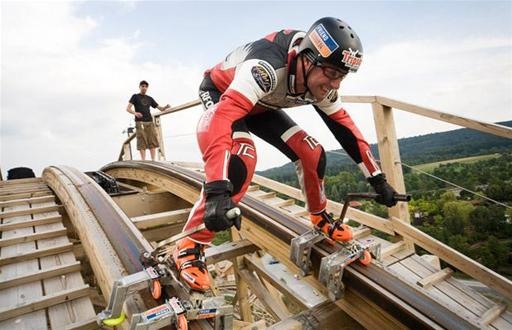 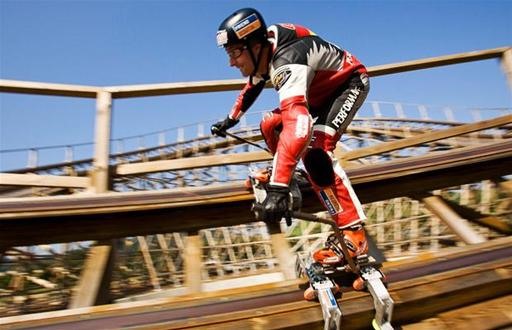 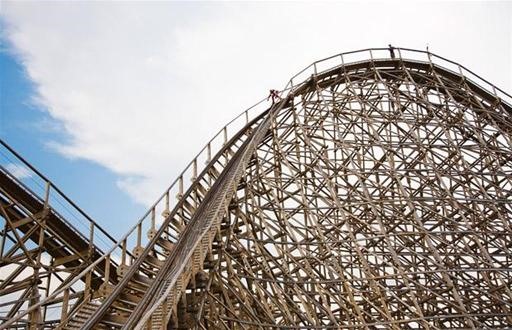 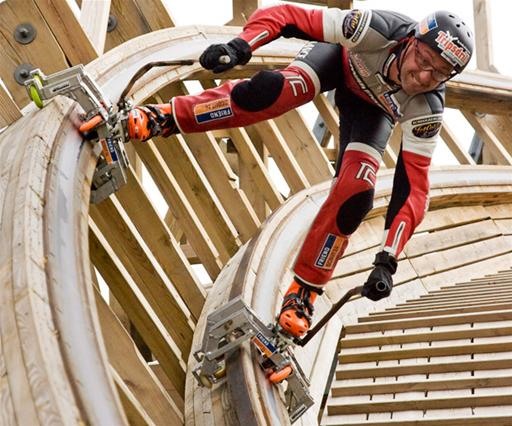 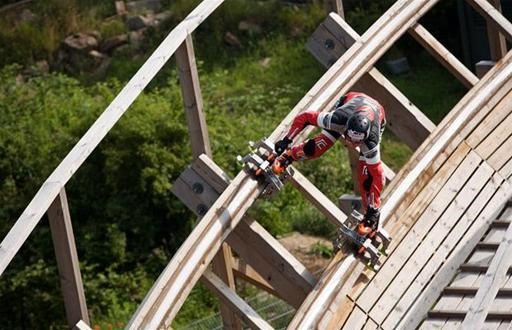 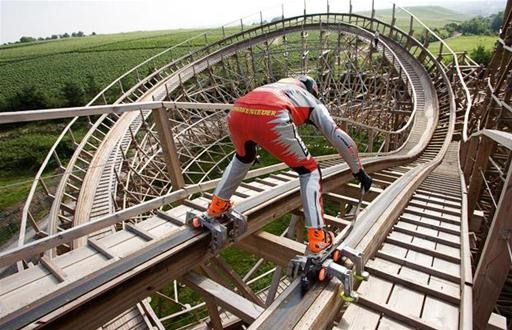 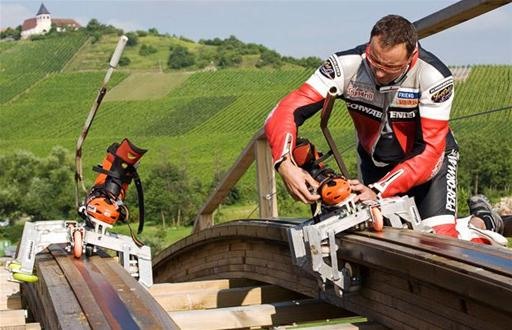 It’s Black Friday week on WonderHowTo! Don’t miss out on all of the big sales in the Gadget Hacks and Null Byte shops. And if you’ve been wanting to take some classes without going into debt, check out our best deals on online courses for a variety of skill sets. Don’t miss out on these huge discounts:

This looks like sooo much fun! (and hey... it's got handles... what could go wrong?)

i want to do this right now.

That is INSANE. How can i get in on this?

I wonder how many G's he's pushing

I laughed out loud on this on. This is over the top.

WARNING!! Kids don't get a rollercoaster track for your home. There's no space. :)

WARNING!! Kids don't try ''Two Girls, One Cup'' with dog poop you found on your way home from school!

How do his feet stay together?

wonder why he's wearing a helmet..

He needs to get a helmet cam and make a video!!! That would be awesome! hahaha

that looks insane is there a video of it.

Course there's a video of it go to www.hahaha2233mumgettingsplashedonhard.co.uk

Great video, isnt she the one that was gang banged by 962 men?!

a mom joke! your so witty, how did you come up with that... jackass

Sick!!!!!!! If he planned it out for two months you would think he would of worked in a video camera somewhere

it's toooo hard to do this
!WOW!

itd be ok if he didnt wear the gay looking suite